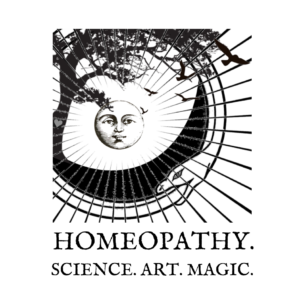 As so often, it is a string of strange events that lead my attention to something remarkable – even if it matters little in hindsight, and even less in the context of this blog post.

I did not know the story behind “Silkwood”, when I started watching this 1980’s movie, starring Merryl Streep, portraying the real-life and almost-whistleblower Karen Silkwood, a laboratory technician discovering serious health and safety hazards at an Uranium-Plutonium-fuel rod factory in Oklahoma, USA. But when I heard her screaming – in about the middle of the movie:

“I am contaminated, and I am gonna die!”

right into the face of one of the company’s managers, wanting to cover up the scandal and ready to buy her silence, I realised, that this was, what we call “proving language” in homeopathy: when somebody does not talk anymore as a person, but is rather channeling the state within that requires a homeopathic remedy, – respectively, when somebody is under the influence of an outside stimulus, such as Karen Silkwood undergoing a Plutonium poisoning.

This insight restructured immediately my understanding of this film, which is actually a great primer – let us call it a “foretaste giver!” – into the homeopathic use of the radioactive series of chemical elements, called the Actinides.

Similar parallels can be found in “The Silence of the Lambs” or in the second season of “Berlin Station” to the homeopathic family of butterfly remedies (but more about this maybe in a later post).

A case can even be made that the superhero movie “Venom” is a symbolic depiction of the hormetic response – the stimulating and eventually life-enhancing reaction of an organism to all low-dosage poisonings, which is arguably also the underlying working mode of homeopathic remedies. (Honestly, you may get the gist by watching the movie yourself…)

A homeopathic investigation of popular culture is definitively a stroll well its worth.

But first, let’s go back to “Silkwood”.

Attention: No care is given to the avoidance of spoilers!

The trepidation of the homeopathic Master prover of Plutonium nitricum, Jeremy Sherr, is palpable in his blurb to the proving publication and Materia Medica of this extremely poisonous substance.

How do you think the provers felt, when – real story! – most of them received their homeopathic Plutonium in glass vials that had shattered in the post?

Let me invite you to a little detour:

About ten years ago, I felt compelled (how else can we describe this state of pawky sillyness and prudent daring?) to experiment on myself with a few doses of Plutonium nitricum 10M. Not expecting much, I came down within a day with the first ear infection of my life. The pain made me run around in the garden at night. It was unbearable, until a few hours later – what a relief! – my ear drum burst. An experience which has helped me tremendously to sympathise with my own kids, when they were babies, and with my little patients when they are suffering from otitis and looking for relief, that homeopathic remedies so often can provide.

A couple of years later, I luckily also had some more curative responses to this remedy, and others of the Actinides, which have guided my use of these powerful remedies in my practice.

The give-away symptom of this category for me is often:

This is – in short – the build-up of tension leading to the violent conclusion in “Silkwood”.

In contrast to the more acutely violent and aggressive homeopathic remedies which may also experience a similarly intense existential threat, there is however often a calm veneer, an almost eery sense of normality around people needing Actinides.

Those of us growing up during the Cold War may know this feeling, so aptly described in a little poem by Swiss vicar and writer Kurt Marti (1921 – 2017) contrasting the idyllic and careless flowering of daisies and daffodils in spring whilst Warshow pact and NATO are getting ready for mutual destruction (If I can locate it, I will copy it in here in full.)

In my practice, I see this state regularly in kids who live on one-side in caring families whilst spending a lot of time playing violent computer games. The transition out of the virtual and back into the family life is often bumpy. There is a lot of tension and a kind of cognitive disconnect between the violent and competitive fight for survival within the realm of the game and the coexisting family environment with its expectations of harmony and mutual respect amongst often waring siblings – so again, feelings of violence which are better hidden.

And as in the Actinide atom itself, that is so big, it can “hardly keep it together”, we find often similar scenarios of children threatening to leave their parents or couples wanting to split up, whilst at the same time wanting and working on being able to live together. We remember: Plutonium is an artificial element and decays – falls apart – sooner or later, whilst radiating tremendous energy.

Not surprisingly, I find that the action of these homeopathic remedies has to be complemented by remedies such as Positronium, Hydrogen and Helium – being of a similar nature as the particules emmitted during radioactive decay – or by remedies of the Gold series.

Snakes too, are helpful acutes in this struggle of trying to stay and keep it together. Particularly Naja stands out, with its painful affliction of the head and the heart, being torn between domestic responsibilities and unforgivable hurt. 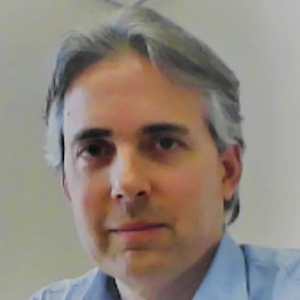